Select a star below to get started! 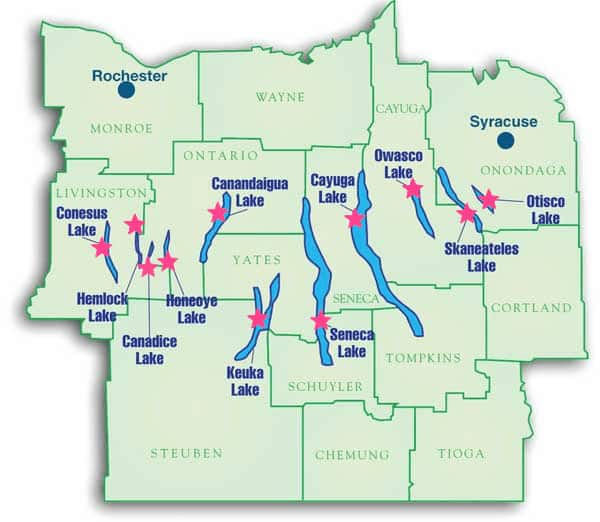 In 2008, John Adamski became inspired by visits to the Adirondack Museum and The Wild Center, and decided that the Finger Lakes needed to have something similar. He wrote an article for the Life in the Finger Lakes magazine, describing his vision for a museum that would celebrate the natural and cultural history of all 11 Finger Lakes. Upon hearing about this idea, others agreed that it was time! Thus began The Finger Lakes Museum!

In the ensuing years, The Finger Lakes Museum has established itself in Branchport, on the Northwest branch of Keuka Lake. It is there that dedicated staff, trustees, and volunteers are diligently working to build a unique museum worthy of John Adamski’s vision, all while educating and inspiring through fun outdoor programs & events.

In 2018, as the Museum celebrated its 10-year anniversary, the staff, trustees, and volunteers forged new relationships, made new connections, gathered new information, and expanded its influence to include all 11 of the Finger Lakes!

We want to hear from you!

What about the Finger Lakes do you love?

What do you want everyone to know about your favorite Finger Lake?

How do you enjoy yourself in this beautiful region?

Here are fun facts about each lake, and some hashtags you can use to share your experiences and images with us!

May:  Owasco Lake – has 2 dams & is home to both cold water & warm water fisheries! #FLXMuseumOwasco

September:  Otisco Lake – the only lake you can walk across in every season (via a causeway)! #FLXMuseumOtisco

October:  Keuka Lake – looks like a “Y” & the only lake that flows north AND south! #FLXMuseumKeuka

November:  Canandaigua Lake – home to the smallest island in the Finger Lakes! #FLXMuseumCanandaigua